At the beginning of 2011 ADCAM Mara Vision School, a school in the heart of the savannah, was INAUGURATED to offer children's and children's schooling to around 300 children.

Our school stands out for offering a high level of education adapted to Masai culture, having preschool, classes not masses, being a nerve center for the community, offering lunch to our students and being located on their own land with a privileged environment. In addition, we have two residences, one for boys and one for girls, where students from more remote areas can stay, receiving full support and participating in extracurricular activities organized especially for them.
The school has eight classrooms and three preschool levels. In addition to a boys’ and girls’ residence. Residency is a necessary resource considering that many of the children who attend school live far from school.

Children are currently educated equally at the school, without distinction. Women’s empowerment is one of the fundamental objectives at ADCAM, we understand it as an engine to achieve not only gender equality itself, but also the overall economic development of developing countries.
Gender-based education

The school as an important agent of socialization, together with the family is socially responsible for educating in the culture of peace and gender equality, transmitting non-sexist values and patterns.

In African culture, women have historically played a relegated role, with little presence in public life. This is currently changing, and the criteria for equality against gender discrimination are being imposed. This is especially true in capitals or large cities where openness abroad has been promoting gender equality with measures that aim to place women on the same plane as men.
In more remote areas, such as the Maasai Mara, these ideas are set up more slowly, and they need a greater process of change.

This change of thought is led by the Maasai tribe leader Willian Kikanae himself, who struggles to give prominence to women within the Maasai culture, making them able to access education and have the same opportunities in the future as any man in the tribe. Work has been done on gender awareness and awareness with the community, making them part of this process of change.

ADCAM places women as the protagonist of the family unit,through access to education and employment where they can get an economic livelihood on their own. 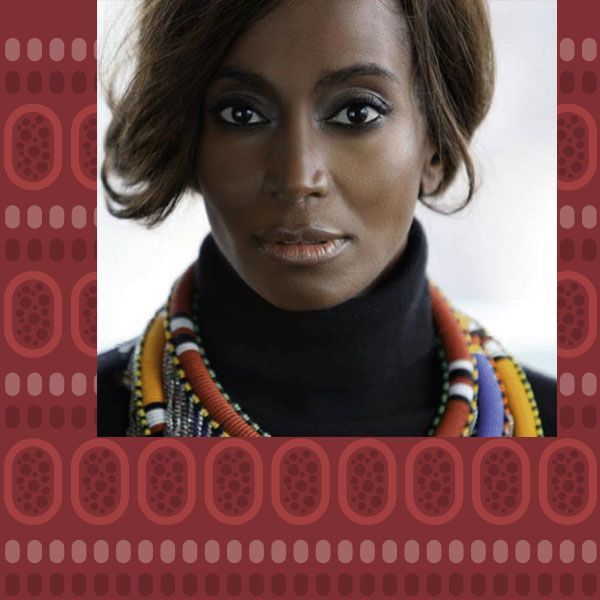 Bisila was born in Valencia, of African origin. She is a businesswoman, entrepreneur and philanthropist. She is considered one of the most influential women in the business world in America, although she has several international anivel projects. She has 18 years of experience as a catalyst for the change and establishment of strategic alliances, creation and implementation of new opportunities for companies in New York and around the world, has proven to have a very effective power as a global brand ambassador, as well as a spokesperson in business development. For nearly 7 years, Bisila Bokoko has been the Executive Director of the Spanish-U.S. Chamber of Commerce in NY. Bringing hope to africa’s children is one of the goals that has been set. This is based on the Bisila Bokoko African Literacy Project (BBALP), whose mission is to promote literacy for African peoples. The goal of this non-profit organization is to bring people from all over the world together under the slogan ‘with a book, you’re never alone’, with a current presence in Ghana, Zimbabwe, Kenya and Uganda. From her experience in training projects in Africa and having supported the ADCAM project since its inception, Bisila is a godmother of the ADCAM MARA VISION TECHNICAL INSTITUTE project, which she understands as a pioneering project in the Maasai Mara environment, and necessary to sustain the future of the children of the tribe.
ADCAM MARA
THECNICAL MASTER

Expanding the impact of our project at the educational level and specializing them in areas that enhance their incorporation into the labor market in their field, we offer a project available to all, which will help them to a specific training of hospitality, where in the area where they live, will offer them a real job opportunity.

This is intended to provide better training and training that in turn facilitates the employment of these children.
Our idea is that education will provide them with quality jobs, not only to promote a better and higher standard of living in present generations, but to serve as a projection and source of inspiration for new generations. In addition, these are jobs that exist today and will continue to exist. Kenya is one of the most sought-after tourist destinations and, promoting education within the community, we ensure that it is the Masais themselves who manage this tourism, influencing the conservation of culture and nature.

Preventive health with the community